Wallace provided structural engineering services for the interlocking, light gage steel framed exterior wall panel system of the BOK Center in Tulsa, Oklahoma. Wallace Engineering assisted in the coordination of an innovative off-site construction system for the exterior wall panels, which shortened the project schedule and helped reduce the structure costs. The panels were up to 10 feet wide by 50 feet long and assembled in a temporary shop facility two blocks from the construction site. The panels were gasketed for weather sealing purposes and windows installed, flashed and sealed in the shop prior to erection.

The wall panels are self-supporting between columns eliminating the need for visible horizontal joints at the floors on the exterior to allow for floor deflections. This also reduces the need for the structure to shape the interior and exterior curve of the building form. The structure can be segmental while the independent panel creates the form.

The panels were fabricated while the superstructure was being built, allowing for the exterior enclosure to proceed months ahead of schedule and interior finish work to commence early. The 565,000-square-foot facility is a venue for major concerts, shows, sporting events and other entertainment and seats nearly 20,000 guests.

With a $1,000,000 budget for landscape and pedestrian hardscape, Howell & Vancuren provided a fitting base for this monumental building. In addition to designing landscape and irrigation improvements for the building, the firm developed the grading design for the site. Earth forms and retaining walls were used to relate to the sweeping building forms, as well as allowing the transition of approximately 30 feet of grade change from one corner of the site to the other. The plant list remained simple to enable the building to be the true focal point of the site. 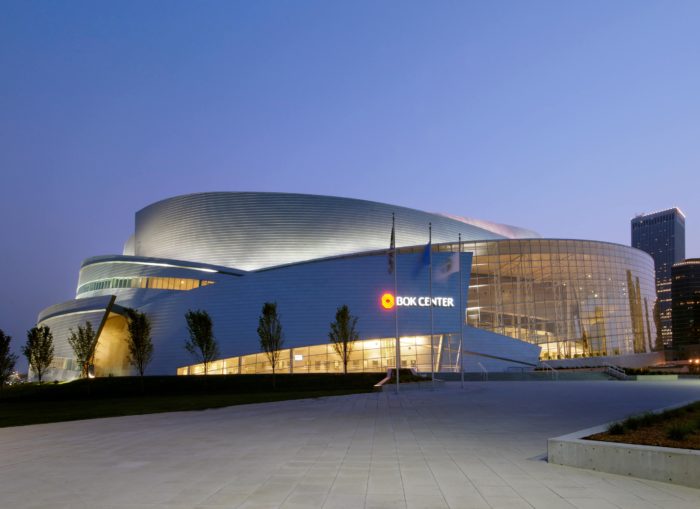 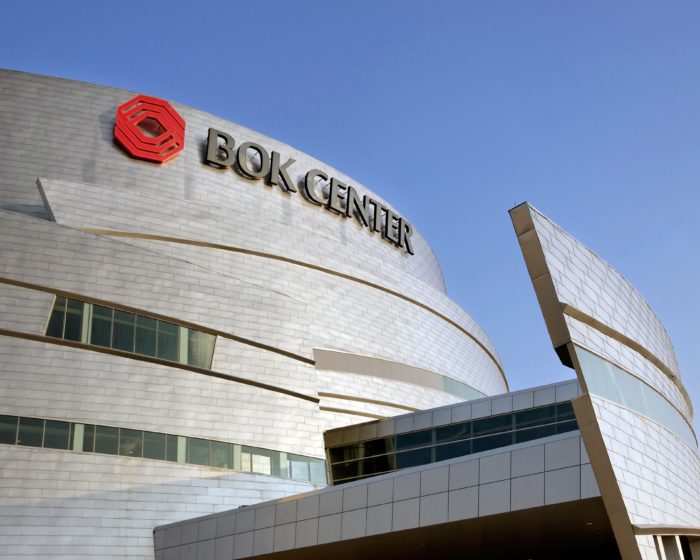 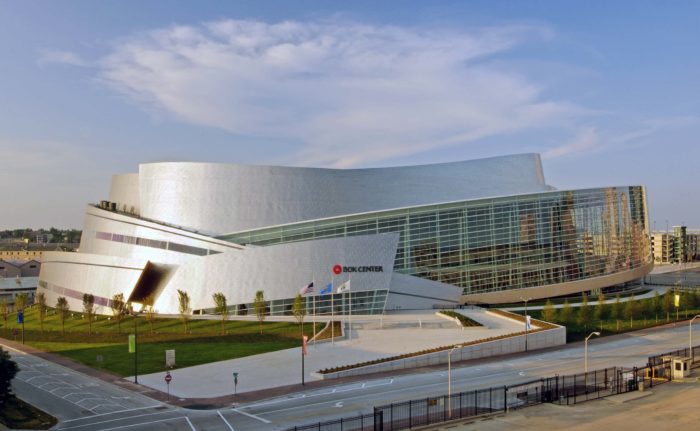 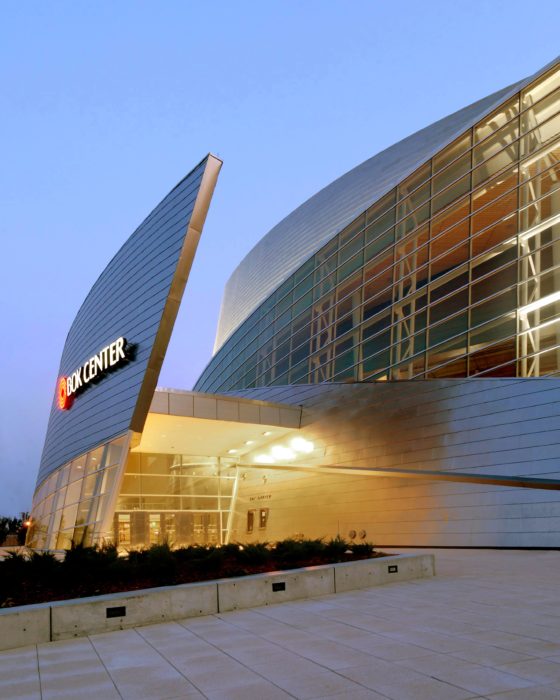 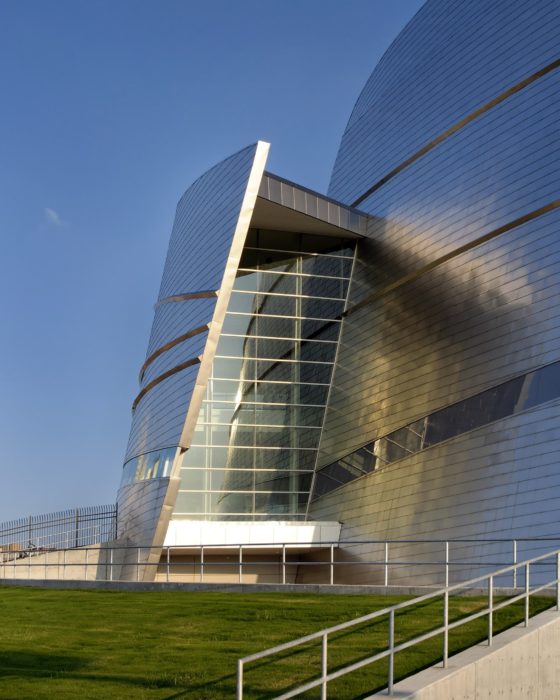 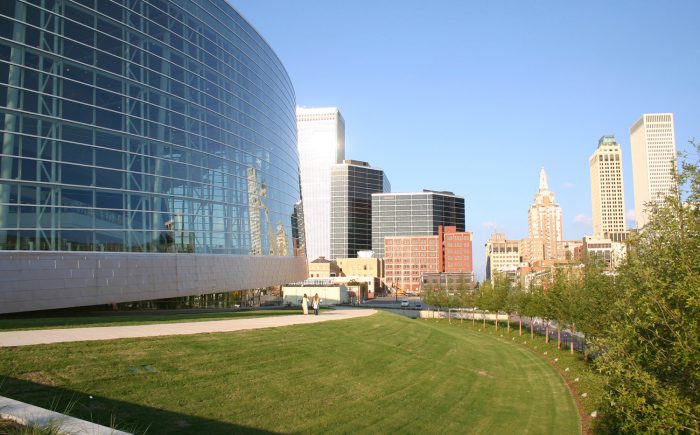 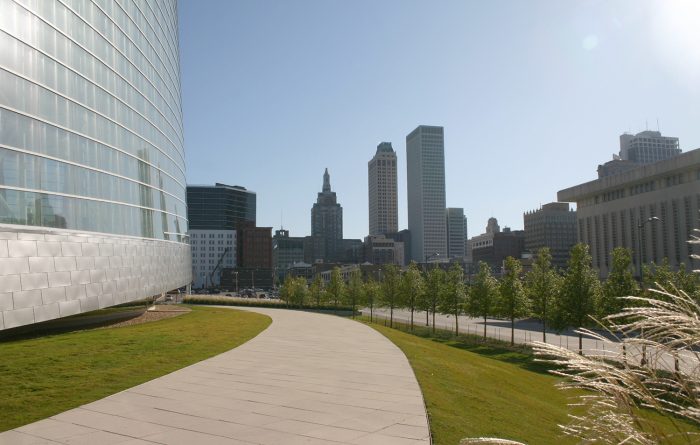 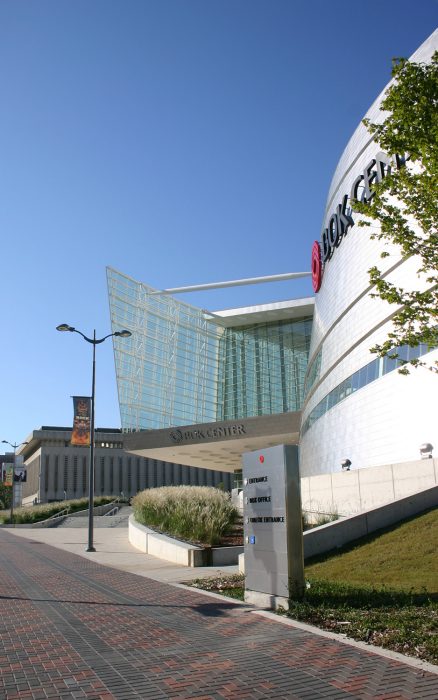