The new facility was designed to consolidate municipal services, the facility houses the city’s police headquarters, central fire station, the city jail, and municipal courts. The design, inspired by the Wichita Mountains rolling into plains, extends the city’s municipal and cultural presence from downtown to the Northeast Gateway and addresses the significant operational, security, and space deficiencies the city was experiencing in its previous undersized and disparate locations.

Howell & Vancuren, now part of Wallace Design Collective, provided landscape architecture for the new 106,700 square foot public safety facility. Located in downtown Lawton, the facility houses the city’s police headquarters, central fire station, city jail, and municipal courts. The design of the entry plaza with bermed landscape forms was inspired by the nearby Wichita Mountains. Walking paths meander through native grass mounds with locally sourced granite boulders. One of the berms has a single Live Oak tree, which are found along the rocky slopes of mountainous outcroppings in southwestern Oklahoma.

The site extends across four blocks of former industrial land on the east end of downtown. Multipurpose trails connect the facility to different points of access, and rest stops with site furniture offer a variety of seating options. Stormwater design was a challenge due to flat topography and linear layout of the site. Creative solutions for drainage were incorporated in landscape beds to use runoff from the entry plaza canopy as a design feature. Courtyard spaces within the building provide views of nature from interior rooms used by jury members and judges. 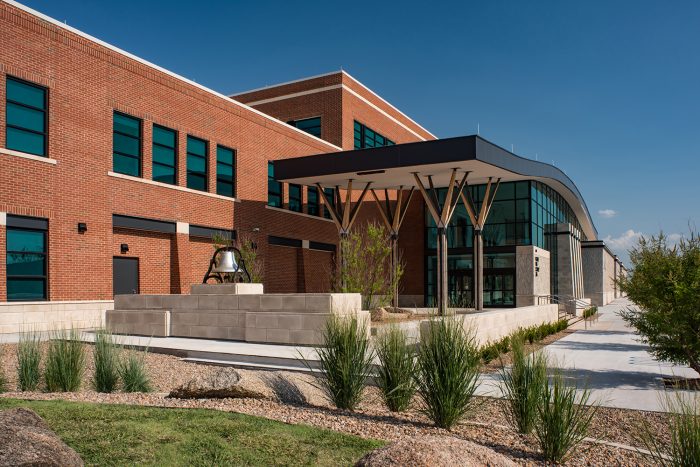 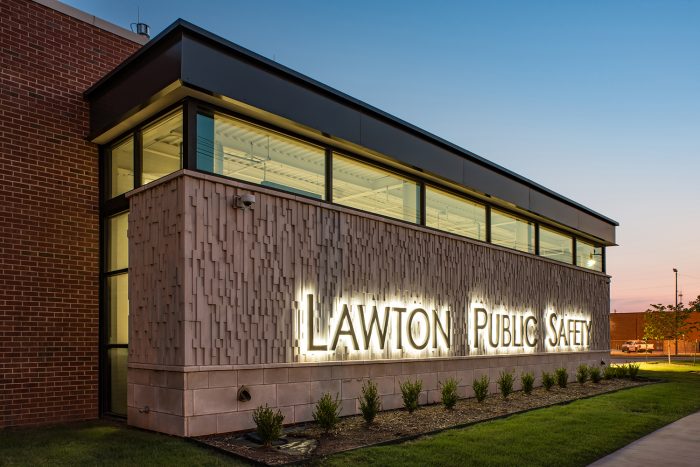 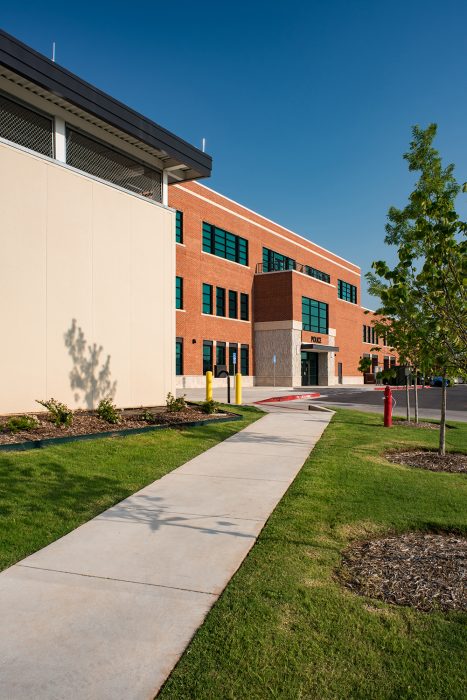