The University of Oklahoma wanted to renovate their existing indoor track facility and add a new indoor training facility for football. The twist: construction could not start until late April, but they wanted the team to be able to practice in the facility by the first of November. This requirement meant that the building had to be erected, enclosed and finished in five months to allow installation of a state-of-the art synthetic turf system.

The Everest Training Center houses a full 100-yard football field with end zones and five-yard run-out areas. The bottom of the roof framing provides a 67′-6″ clear height to allow players to practice deep passing routes and some kickoff activities. Scoreboards and simulated stadium lighting allow the team to practice under various conditions. Catwalks and filming platforms allow the coaching staff to observe and analyze the team.

The roof framing was designed to allow quick erection and to minimize temporary bracing. Truss columns are spaced on 30′-0″ centers and 200′ long bowstring roof joists are spaced at 10′-0″ centers. The use of 3″ deep metal roof deck allowed the joist spacing to be maximized while providing an adequate diaphragm to resist lateral forces. Since the framing system was modular, erection of the facility moved rapidly. The north end wall was erected first and continued in 30′ modules to the south. Decking operations immediately followed the erection of a bay. As a result, the framing for the training facility was substantially erected in two months.

The second phase of the project included a complete renovation of the adjacent Jacobs Track and Field complex. The renovation included new bleachers, a new-state-of-the-art track surface and ancillary structures. 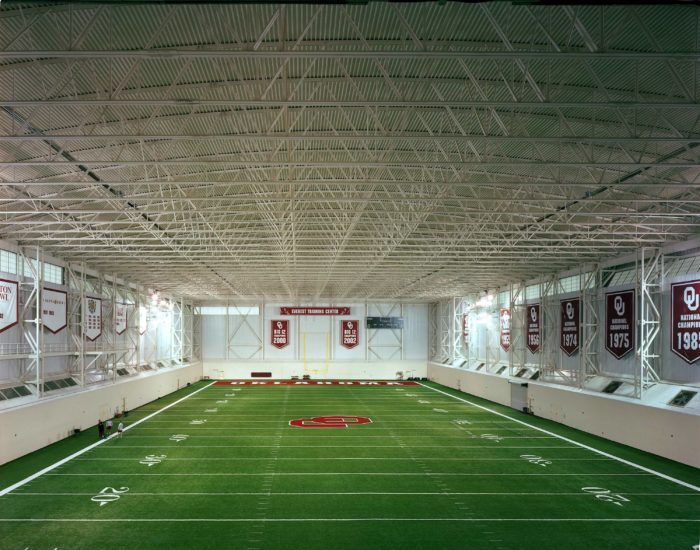 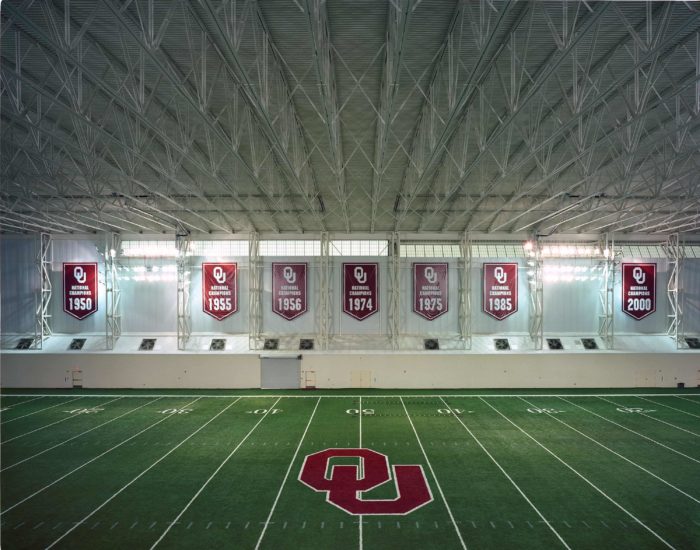 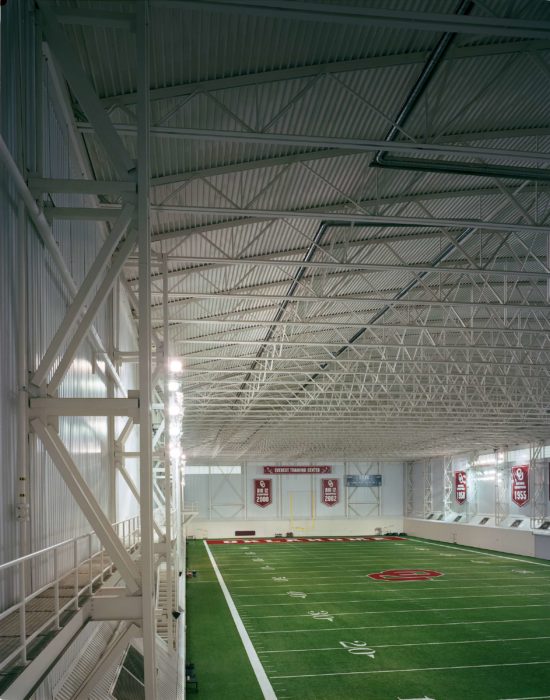 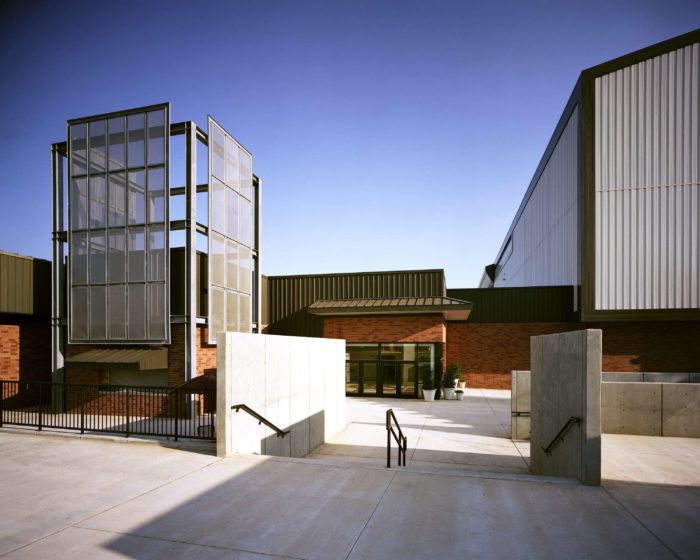 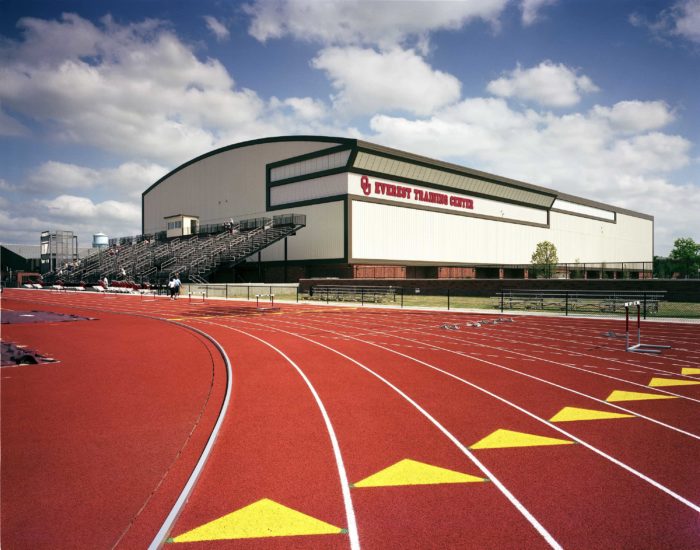 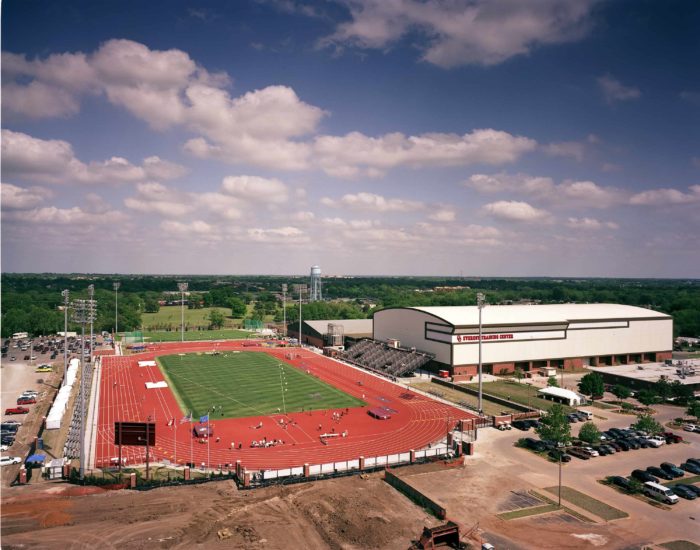