KSi Structural Engineering, now part of Wallace Design Collective, provided structural engineering services for the new 275,000 square foot building. The innovative new building incorporates historic details from the original 1926 residence hall. They include the original stone archways, which have been reinstalled on the west side arcade facing Clement Hall. Stone pieces carved with names of the first five female students enrolled at UT were saved to be part of a remembrance of the site’s history on the east side of the building’s exterior. A portion of the original hall was saved and attached to the main hall to be used as exhibit space and conference rooms inside the main corridor.

The facility contains the Anthropology and Earth & Planetary Sciences departments. General Biology and Chemistry teaching labs are also located in the building, as well as general purpose classrooms capable of being converted into “Scale-Up” flexible teaching spaces. In addition, 150-seat and 250-seat lecture halls will be integrated into the facility.

The main tower is an 8-story post-tensioned concrete frame with reinforced concrete shear walls. The tower floors are designed to accommodate various program uses while considering vibration control for benchtop microscopy. The tower foundations consist of individual caissons socketed into competent rock. Based upon the seismic design considerations of the site, the caissons are tied together by reinforced concrete grade beams in each direction. At the top of the concrete frame, the building structure transitions to a structural steel framed mechanical penthouse space with roof profiles honoring the collegiate gothic architecture adopted across the campus. 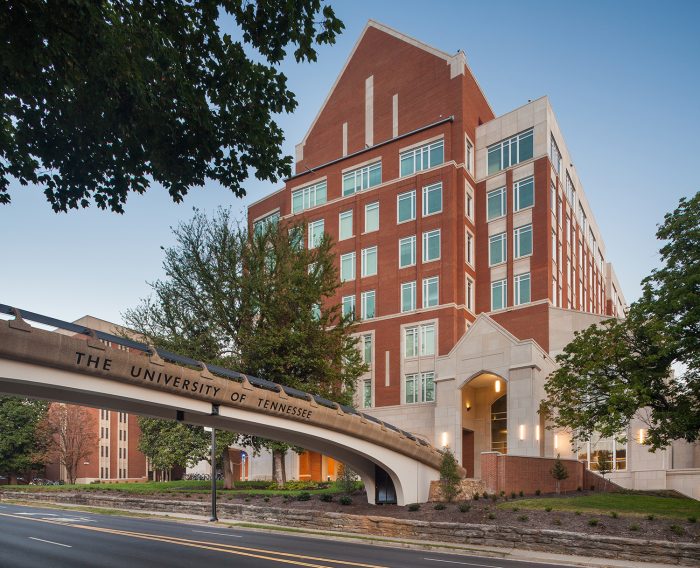 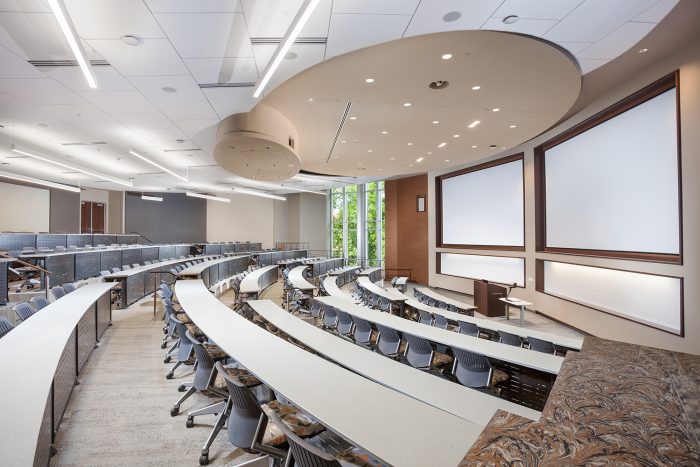 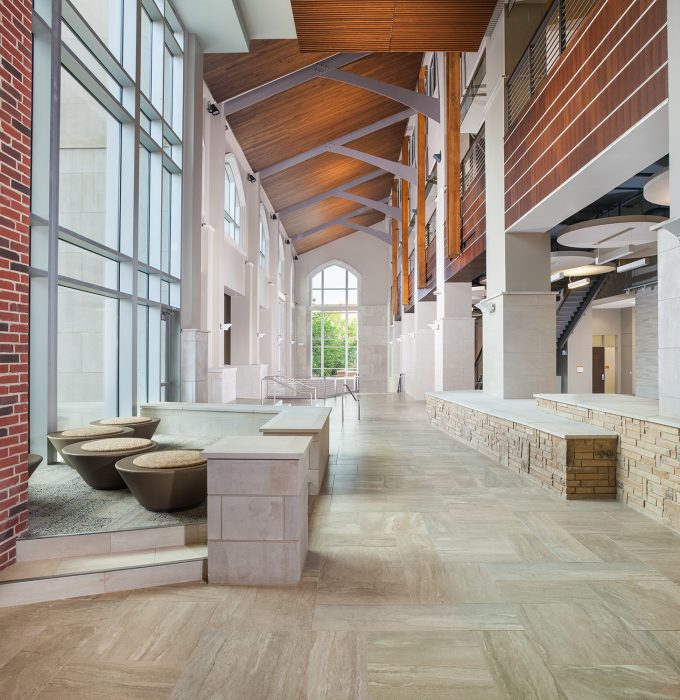 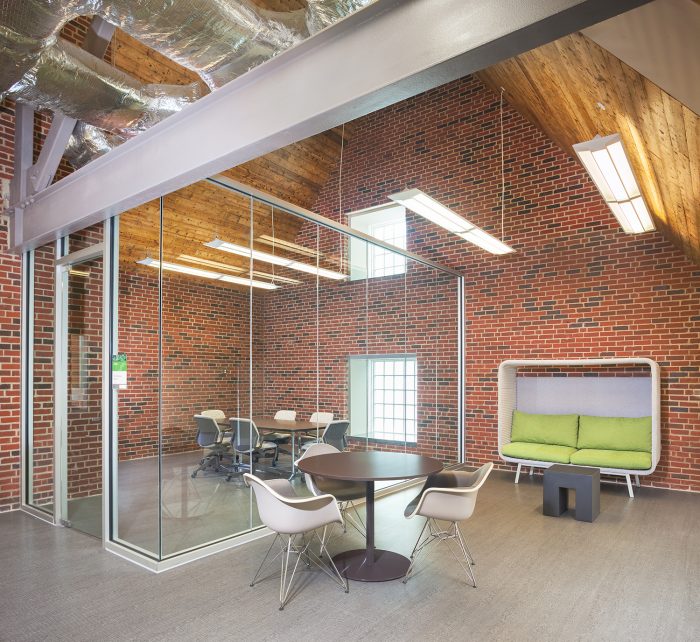