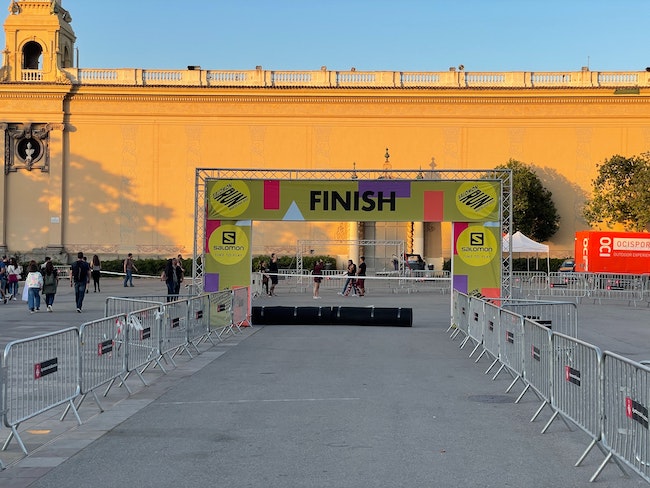 5 for 5: Five Insights From Tom Hendrick Celebrating 2022 and the Growth of Wallace Design Collective in His 5+ Years as CEO

Wallace is wrapping up another exceptional year, crushing records yet again for revenue and number of employees. In fact, the past few years have been quite the whirlwind. From breaking into new industries and growing our branch offices to gaining national recognition and surpassing industry employee statistics, here’s what we’ve been up to since 2017:

While the past few years have seen Wallace grow exponentially, it hasn’t been without obstacles and times of uncertainty. Leading us through it all has been our CEO, Tom Hendrick, calm and stoic as ever.

Elected in 2017, Tom took over the CEO position from founder Tom Wallace, who had built the company from the ground up and served as CEO for 36 years ‒ since it all started in 1981. Now, Tom Hendrick has been at the helm for almost six years, guiding Wallace through a period of unprecedented growth as well as unprecedented challenges.

Here’s what CEO Tom Hendrick had to say:

1. What was it like to step in and be the first new CEO in the 36 years since Wallace’s founding?

“I was a little nervous,” acknowledged Tom.  “It felt like stepping in for the coach who always had a winning record.”

With such a significant transition, Tom approached the situation with patience and humility, allowing time for everyone to acclimate to the leadership change. Although he had no plans for drastic, sweeping changes, he was ready to implement minor adjustments once he gained trust. He knew some of his initiatives might rock the boat, but most would recognize the benefits of his ultimate goals.

“My vision was that Wallace was a very good company, and I didn't need to take it in a whole new direction. I thought some things needed tweaking, and I thought I could bring some new energy,” said Tom.

“I tried to be patient and not force anything to happen. I knew over time if I did the right things that brought good results, I would win people's respect and be accepted as the new leader. I think that happened.”

2. If you could pick just one accomplishment, what do you feel is the biggest win for Wallace under your leadership?

With such amazing growth and awards during his tenure, there’s an abundance of Wallace wins Tom could choose from. However, to him, Wallace’s most significant achievement during his tenure goes beyond the ever-expanding revenue and list of accolades. This win is intangible: a company-wide mindset shift towards more engagement and purpose.

“Before I became CEO, you did not hear anyone in the company talking about our Core Purpose of “Making Lives Better,” or our Core Values of Responsiveness, Flexibility, Quality, and Creativity…Now, you see the language in our literature, and employees throughout the company talk about our purpose and values.”

Shortly after taking office, Tom and his newly formed Leadership Team placed a renewed emphasis on making lives better through core values. While Wallace has always had a strong company culture, this new mindset resonated and created a trickle-down effect felt across our footprint. When Tom looks across the company, he sees engaged employees finding purpose in their work. In his eyes, that is the best accomplishment he could have hoped for.

3. Obviously, no one could have predicted what was coming in 2020. What was the biggest challenge or lesson learned while leading the company during the Covid-19 pandemic?

“The biggest challenge was the unknown,” said Tom. “Employees had a lot of fear – for their health, for their families, for their jobs. What I tried to do was put into action what I know works in my faith life: faith over fear. Most things people worry about never happen. I had faith that things would be just fine, and I kept a positive attitude.”

In addition to projecting a positive outlook, Tom’s other key to navigating the pandemic was communication. On top of all his other leadership duties, Tom put significant effort into sending out daily to weekly emails designed to keep employees up to date, give everyone central information on how things were being handled across the company, and check in on their well-being. Tom’s calm and reasoned approach allowed the company to take the uncertain times in stride, successfully overcoming the unknowns with a little faith and a lot of communication.

4. To what do you attribute Wallace’s continued growth and success?

Despite economic uncertainty and a widespread labor shortage, Wallace continues to flourish under the post-pandemic construction boom – just look at the examples at the beginning of this article! According to Tom, many of the growth initiatives were already building steam ahead of 2020, and Wallace was well equipped to see them through:

“We had already decided a few years before the pandemic that we wanted to grow the company.  Our strategic plans had been focused on growth, and we are already better than most on following through on initiatives.”

So those initial growth initiatives spawned acquisitions and new divisions, which in turn, created more growth initiatives, and so on. Overall, Tom attributes Wallace’s success to numerous factors, such as the Leadership Team and the accountability program within the principal group for revenue and profit goals. And, of course, at the core of it all has been engaged employees with a willingness to welcome the new growth and associated challenges.

5. How have your initial vision/goals evolved, and where do you see Wallace Design Collective headed?

“I think our vision and our goals as a company have become bigger. We now see that by doing the proper planning and following through on strategic planning initiatives, bigger things are possible.”

In 2020, Wallace’s leadership set a goal to reach $50M in revenue by the company’s 50th anniversary in 2031. At that time, Wallace was a $25M company, which had taken 39+ years to build. The aggressive next-level revenue goal looked to double that value in less than 10 years.

So, how’s it coming?

“Less than two years after setting the goal, we are projecting we will close out 2022 near $44M in revenue. I think that has made most of us realize we can do bigger and better things.”

Thanks to a strong foundation from our relentless, visionary founder, Tom Wallace, and now fresh guidance from the next generation of leadership in Tom Hendrick, through all of the uncertainties, Wallace is coming out stronger than ever ‒ and on track to keep getting stronger.

Stay tuned for our new additions and developments in 2023!