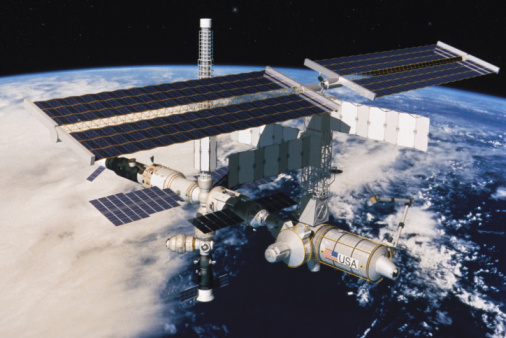 Be Aware of Your Surroundings

I have the privilege, together with my wife, of raising three daughters. They are usually eager to learn, and they also like to teach. Yes, they have taught their dad a lot about family, about patience, about love, and even about the complex inner workings of the community of Barbies that reside in their bedroom. I’ll admit I’m severely outnumbered in my household; even the cat and the rabbit are females. But I actually enjoy the challenge of giving our girls a well-rounded upbringing. My wife and I, having backgrounds in the natural sciences, make a point to share little lessons on technical subjects when opportunities arise. My daughters have endured many a drive-by jobsite visit on weekends or after hours to check the status of one of my building projects. Being able to see and share a building project under construction and after completion is one of the great rewards of a career in structural and civil engineering. The result of our engineering efforts is a physical place that can not only be seen, but also lived in, worked in, driven on or played on.

While structural engineering is my vocation, I have found that my engineering mind has lead to other technical interests beyond building design. One of those interests for me is aviation. I had a childhood friend who was fascinated with airplanes. My friend and his dad would take me along on outings to watch F-14 Tomcats flying out of Dallas Naval Air Station in the late 1980’s. Remember Top Gun? Those were F-14’s. I developed an awareness of specific airplanes and their flight patterns operating over my hometown. I learned that careful observation can reveal interesting aspects of the engineered systems involved in the world of aviation that surrounds us.

Okay, so back to my daughters. I enjoy sharing my aviation interest with them. One of my favorite Sunday afternoon adventures is taking my daughters out to Jones Riverside Airport in Jenks, Oklahoma. The Boy Scouts of Troop 605 have built a wonderful public observation area on the south edge of the airport grounds complete with picnic tables, an elevated deck and, the crown jewel, a map of the entire airport painted to scale on a 30-foot square concrete pad. We tune in to the air traffic control radio frequencies on the scanner, get out the binoculars and watch the airplanes and helicopters taking off, landing and circling above. My girls enjoy the sights and sounds for a while, but soon their friends, the Barbies, who usually accompany us, start begging for attention. That’s okay with me because my daughters take them on their own adventure to the airport map on the ground. Along with our visits to the airport there are three other aviation observations that I like to share with my girls or anyone else who will listen:  contrails, beacons and the ISS.

Did you know that commercial airplanes follow distinct pathways in the sky? Although airplanes are not constrained by roads, rivers, hills and valleys like terrestrial vehicles, they need to fly on organized routes to be safe and to efficiently reach their destination. There are a set of pre-determined straight segments that connect thousands of intersections and airports. You have no doubt seen contrails in the sky, the linear white vapor clouds left behind by high-flying jets. Perhaps you have seen two or more contrails at the same time. Sometimes they align parallel indicating a common path taken by several different airplanes, and sometimes they cross. That’s where it gets interesting for me. When the atmosphere is just right, you might even see three or more contrails crossing through a single point. Coincidence? No, not in the usual sense of the word. That’s one of those designated intersections. And on the ground, maybe 38,000 feet directly below those contrails, there’s a little building with an antenna that keeps those planes on course. You can drive by and see it. Those lines in the sky can actually tell us something about what’s down here on the ground.

And now let’s change our perspective. Have you ever spent a night flight gazing out your window at the lights seven miles below? Some lights are organized along streets and highways, and others seem scattered randomly across cities and towns. You can actually spot airports at night when you look out the window by your seat. Not just close-up when you can see runways and other planes, but from 20 miles away or farther. An airport has a nighttime beacon that flashes green – then white – then green – then white, a steady pattern that continues through the night. That universal beacon shows pilots, and interested passengers like you and me, where an airport is. That tiny alternating light miles below communicates a vital piece of information to us while we are up in the air.

Now we come back to the ground one more time. Did you know there is a group of six scientists and engineers who live and work continuously in space? Their live-in laboratory, the International Space Station, orbits the earth about 16 times each day. I might not be as interested in the ISS if my family and I didn’t get to see it from our own backyard. But, fortunately we can. And you can, too. Exactly how is that possible? Well, the ISS is about the size of a Boeing 747, and it has a shiny metal skin that reflects sunlight like a mirror. When your eyes, the ISS and the sun’s rays are at just the right angle, you can observe the space station as a steady orange dot of light gliding smoothly across the nighttime sky. So when does this happen? It’s not every night for every observing location, but on average there are ISS sighting opportunities on about two out of every three nights. NASA publishes exact dates and times of sighting opportunities for hundreds of cities and towns in the US. NASA can even send you an email notice for the nights when sightings are possible from your backyard. You might surprise, or even amaze, your family or friends by hauling them out to the driveway one minute before a tiny orange light blips on over the western horizon and cruises across your sky 250 miles overhead before fading out of sight. You can tell them that little light has six people inside who may be looking down at your city lights at just that moment.

So what’s the point of all this? Well, it’s fun and educational. As my daughters have heard me say many times, “Be aware of your surroundings.” You may find meaning in unexpected places.