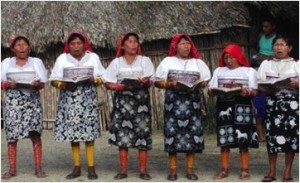 Game changers aren’t only in sports, but also in life.

Some of the game changers in my life include learning ride a bike, throwing my first no-hitter, kissing a girl for the first time, graduating from high school, starting college, going to basic training in the Air Force, getting married, the birth of our first son, getting my first real job. All of these changed me, but I never knew what I was really here to do.

As my kids grew, I became totally involved in their sports. I coached baseball for 22 years and youth basketball for 20. We won hundreds of games and went to a huge number of tournaments, including state, regional and World Series games. I learned what it took to win. I realized that all of those games where game changers in my life – and theirs. And as each child got older and there was less need for me to spend all those hours involved in their lives, I rediscovered my wife again, even though she was there all the time!

There is one moment that I especially remember when I was 10. Back in the 50s, everyone worked to make it in Oklahoma and I needed to help out. So I went to a neighbor and asked him if I could mow his yard. When I was done, he gave me 10 cents. I remember a feeling of total excitement. I could get into the show and have a bag of popcorn. It was the greatest feeling!

Many years later, I had that same great feeling again, but this time I was the giver – and it wasn’t money, but food. It happened when I was helping construct a building on San Blas Island off the coast of Panama. We took several suitcases of food with us and, twice each week, we would cook the food and serve the children there. I saw the same look in the eyes of those children that I experienced when I was 10. We have almost completed the building and have been shipping food to the islands the entire time. Today, we are feeding every man, woman and child on 7 islands now! That truly has been a game changer.

Three Saturdays each month, I get to experience another game changer. A group of us take food to shut-ins in the small towns around us – towns like Haskell, Coweta, Redbird and Porter. I see the same look on their faces when we carry the food into their houses.

Once on a trip to New Mexico to see some relatives, we saw the largest cross that we had ever seen, so we took a side trip. Once there, I went into a small building and saw a replica on the Shroud of Turin. I saw how much damage that had been done to Jesus’ body and I knew he took that damage for me. What a game changer!

Here’s one more game changer. A man spent 35 years of his life translating the Bible into the Kuna language of San Blas Island. This is a photo of the first people to get those Bibles so that they can read them.

So what have been your game changers?

How have you been a game changer in other people’s lives?

What are you here to do?

Be a GAME CHANGER.