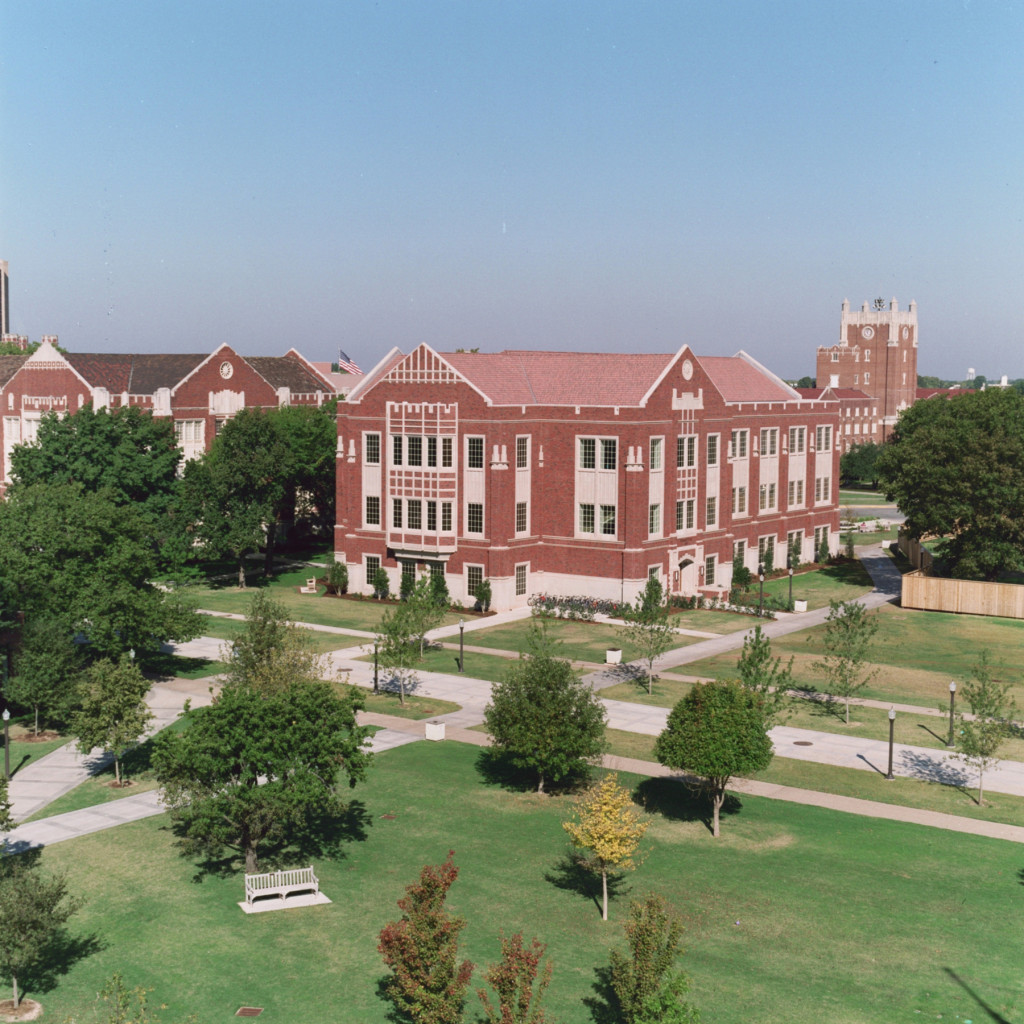 Many challenges face the Structural Engineer when designing a new building that will be an addition to an existing building designed and constructed in a significantly different time period and under a different building code. Such is the case for the Michael F. Price College of Business on the University of Oklahoma campus.

The original building was opened in September 1936 and like most buildings on the OU campus, the exterior façade utilizes the OU red brick and much ornate cast stone on all sides of the building. In addition to the architectural challenges of matching the existing exterior architecture were the structural challenges of allowing the architecture to occur in 2004 even though the current building code would not allow this exterior architecture to be constructed in the same fashion as was done in 1936. Other challenges presented to the design team by the existing building included a very short floor to floor height and the existing shallow foundations proximity to a desired new basement.

The original building structure utilizes a cast in place concrete floor slab and column structure supported by shallow belled pier foundations and continuous exterior concrete grade beams. The exterior brick and cast stone walls are multi-wythe walls wedged vertically between floors and horizontally between columns. There are no horizontal or vertical expansion joints in the exterior brick walls which allow the building structure to move independently of the exterior walls during wind, seismic or thermal loading. The exterior walls of the new addition would not be allowed to be constructed in this fashion. The modern building code requires the structural engineer to account for the rigidity and stiffness of all elements that have the capability of attracting wind, seismic or thermal loading during their respective events. This code requirement dictates that thermal control joints be provided in the brick exterior and that horizontal and vertical expansion joints be provided between the new structure and exterior brick veneer/ cast stone walls to prevent the attraction of wind and seismic loads to the exterior wall. All of these requirements need to happen and yet the exterior wall needs to look as much like the original construction as possible. Unlike the original multi-wythe brick walls, the new brick functions as a veneer only with cold-formed steel studs as backup for lateral wind and seismic loads. The brick veneer is supported vertically at each level and the metal studs slip vertically at each level to allow the structure to move vertically independent of the exterior walls. Vertical brick veneer control joints allow the brick to expand and contract horizontally and regularly spaced vertical expansion joints allow the building structure to move horizontally independent of the exterior walls. Many of the cast stone pieces incorporated into the new construction required structural steel support hidden from view to tie the cast stone to the building structure. All of these things were accomplished and conformed to the modern building code and yet the new exterior walls blend nicely with the original building.

The new building structure also utilized cast-in-place concrete construction. The new structure utilizes concrete wide pan joists, which are a series of regularly spaced concrete beams at an approximate spacing of 6’-6” on center spanning between concrete girders attached to columns. This structure type provides maximum flexibility to the owner for the addition of new piping runs and HVAC duct penetrations in the pan slab throughout the life of the building. Post-tensioning was provided in the concrete girders to minimize the girder depth, to minimize the forming costs and to increase the column spacing to approximately 40’-0”. This column spacing provided a column free interior for maximum architectural creativity and future remodeling requirements. The minimal structural floor thickness of 21 inches provides a significant amount of free space between the ceiling and bottom of structure for HVAC, plumbing and electrical. Tiered classroom areas were accomplished in specific classroom areas by providing styro-foam high load 40 sheets on top of the flat structural floor slab essentially acting as a continuous support for a 4 inch thick tiered seating slab to be cast on top of the styro-foam. The use of the styro-foam minimized the weight of additional concrete poured on top of the structural slabs.

The new addition to the Michael F. Price College of Business faced many challenges to provide a building that meshed architecturally with a seventy year existing old building but provided a new building that conformed to a modern structural code. This building also had to provide all of the amenities that are required in a modern educational facility. We believe this criterion has been met and the University of Oklahoma will have a useful facility for many generations to come. 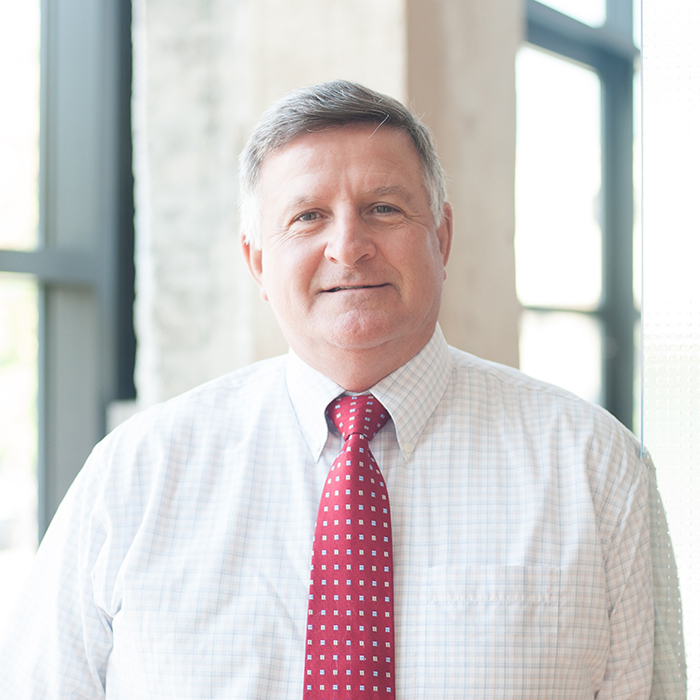