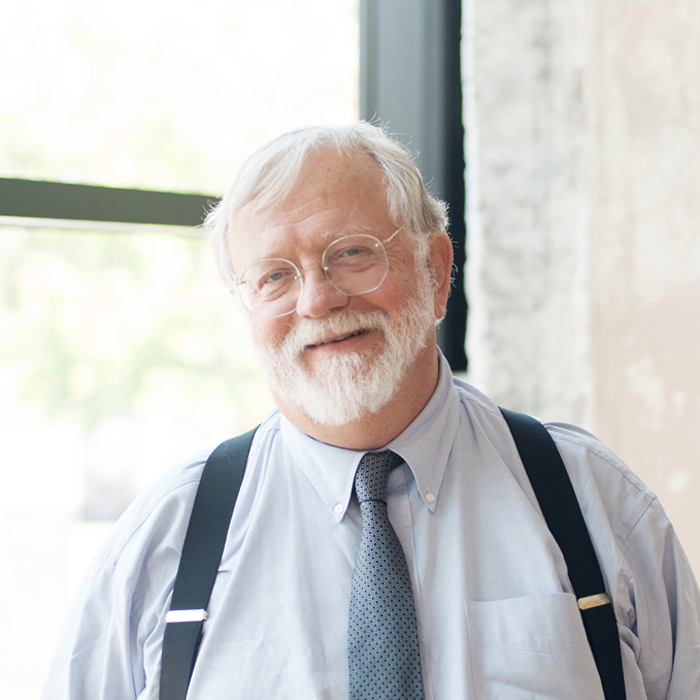 We hope you’ve enjoyed getting to know a little more about Wallace Design Collective’s founder, Tom Wallace! This week, we wrap up our “40 for 40” series with a mix of fun, personal questions. Hear about Tom’s favorite architectural masterpieces,  hobbies, and his plans for travel and retirement.

33) Over the course of this series, your passion for architecture has been a recurring theme. In the end, what made you choose structural engineering over architecture?

During his first three years at Oklahoma State University, Tom was on track for degrees in both architecture and architectural engineering. He earned good grades in all of his architectural design courses, but when he compared himself to his fellow architecture students, something wasn’t quite right.

“They would have all the requirements done beautifully and be happy with their designs, and  I was still welding up 3D models and changing the design...I’d say I probably spent fifty to one hundred percent more time on my designs than my fellow students. I reached a point where I thought I would enjoy doing the structural engineering and still be a significant part of the architectural design team and maybe work into architectural design as well one day.

“Turns out, I think I was just better at engineering and working with architects. I taught a lot of students; they would come and ask me for help in structural classes...That just felt right, and it turns out it was probably the right decision, to go with architectural engineering.”

Tom also thinks he may have been influenced by a little snippet of wisdom from his uncle, who headed the Tulsa Corps of Engineers when Tom was young - “Architects are a dime a dozen...but engineers are hard to find so they will always be able to find a job and make a living.”

Job security may have held some draw, but in the end, it was the allure of the preciseness of engineering that really tipped the scales.

“For structural engineering, I think that’s kind of beautiful, don’t you think?”

34) What have been your favorite architectural masterpieces to visit, or which ones are on your bucket list?

“There are a lot of them that I have seen, and I’d go back to every one of them. They’re absolutely astounding.”

As you might expect, Tom has made the pilgrimage to quite a few architectural icons. The destinations have been “largely modern,” but he also has enjoyed visiting structures that are hundreds to thousands of years old, such as the Pantheon, Colosseum, and Notre Dame. Modernist structures include Mies van der Rohe’s Barcelona Pavilion and Farnsworth House, Anthony Gaudi’s La Sagrada Familia, Richard Mier’s Getty Center, a number of Frank Gehry museums and venues - many with facades designed by Zahner and Wallace - and more.

However, a few modern structures are still on his bucket list:

35) If you could go out to dinner with anyone (historical or current), who would you choose and what would you talk about?

Tom would love to make dinner plans with several historical legends who have inspired him and hear their take on the present and future:

“Mies van der Rohe - it would be fascinating to hear what he would have to say about architecture today versus in 1926 and what his vision of architecture would be for the future.

“Buckminster Fuller - I’d ask him how architecture and engineering could contribute to saving the planet these days. He wrote the book Spaceship Earth that recognized the fragility of the earth. He encouraged the Whole Earth Catalog, which was a hippie document on how to save the earth and how to do things in an ecological way. It would be fascinating to hear him talk about where we are today.

“John Lennon - I’d ask him to re-release his song Imagine and promote it worldwide. ‘Imagine’ what an 80-year-old John Lennon might have brought to the world with 40 more years to live! It’s amazing to think what his creativity and songs would have brought us.”

36) What is one of your favorite philanthropic causes to support?

Tom is very invested in his work with Up With Trees, an organization that has planted over 1,000 trees in downtown Tulsa since Tom became involved.

“People were chopping down trees in front of buildings faster than they were planting them. Pretty soon we were going to have no trees in downtown Tulsa. We’ve kind of reversed that and reversed that philosophy.

“There are a lot of scholarly articles  about why trees are good for the environment, but they’re also good for business. People will spend more time on a tree-lined street, they’ll pay more for property on a tree-lined street. If you plant trees, people are less likely to break windows or abuse a building with graffiti.

“I think the trees we have planted have made a big, positive impact on the quality of life in downtown Tulsa.”

Visit upwithtrees.org to find out how you can get involved

37) What’s the best piece of advice you’ve ever given?

Over the years, Tom believes he has given some good advice on investments:

“I think my best advice has been to buy Wallace Engineering stock if it is offered to you. We’ve been successful so far and I hope it stays that way.

38) What tips do you have for investing in real estate?

“If you want it, can afford it, can maintain it, and can put it to good use, buy it. They are not making any more land on this planet that I know of.”

Tom owns three, successful commercial properties in Tulsa and has contemplated other land investments. He and his wife, Susie, have even looked into farmland and semi-joked about buying land for a unique, ecological burial ground. Resting places would have GPS coordinates in lieu of gravestones, and the land would be put to productive use, such as an orchard.

“Since we joked about it and actually considered it at one time seriously, it’s been done.”

Regardless of what type of land you go after, Tom believes property is generally a sound investment.

“It’s just a good way to diversify what you have, and particularly if you can put it to good use.”

"At one point, someone asked me what my hobbies were...and for a decade at least or more, I hadn’t done anything except work overtime. I thought about it for a minute and said ‘You know, my hobby is doing engineering.’”

Shortly after that encounter, Tom's son began taking piano lessons, and Tom decided he should tag along.

"I started taking piano lessons too because I thought 'That’s a really bad answer, to be asked what your hobby is and to say working overtime.’”

Now, in addition to polishing up Für Elise and a few Leon Russell songs on the piano, Tom is tackling a new musical hobby: fiddle. A few weeks ago, Tom’s friend Drew Winn from the Guitar House of Tulsa made Tom’s fiddling fantasy become a reality by helping him purchase his own instrument.

"So I’ve watched three YouTube lessons from an Irish fiddle teacher, and now I can very badly play Twinkle, Twinkle Little Star. So maybe if I put 10,000 hours into it, I can be sufficient at fiddling, but we’ll see!”

Although Tom has plenty of maintenance to catch up on with his house and commercial properties, he hopes retirement will still allow for ample time to travel. Tom and Susie already have plans in the works to visit friends in other cities and places they would like to see, including Tom’s architectural bucket list. They are currently looking forward to a riverboat tour in southern France with friends next year.

To Tom, travelling is more than just seeing attractions and structures, it’s also about challenging perceptions and expanding your view of the world.

“[Traveling] is great fun, it changes your perspective on things. It’s really interesting to be in Russia and talk to Russians about politics and the United States - same thing in France and everywhere else.”