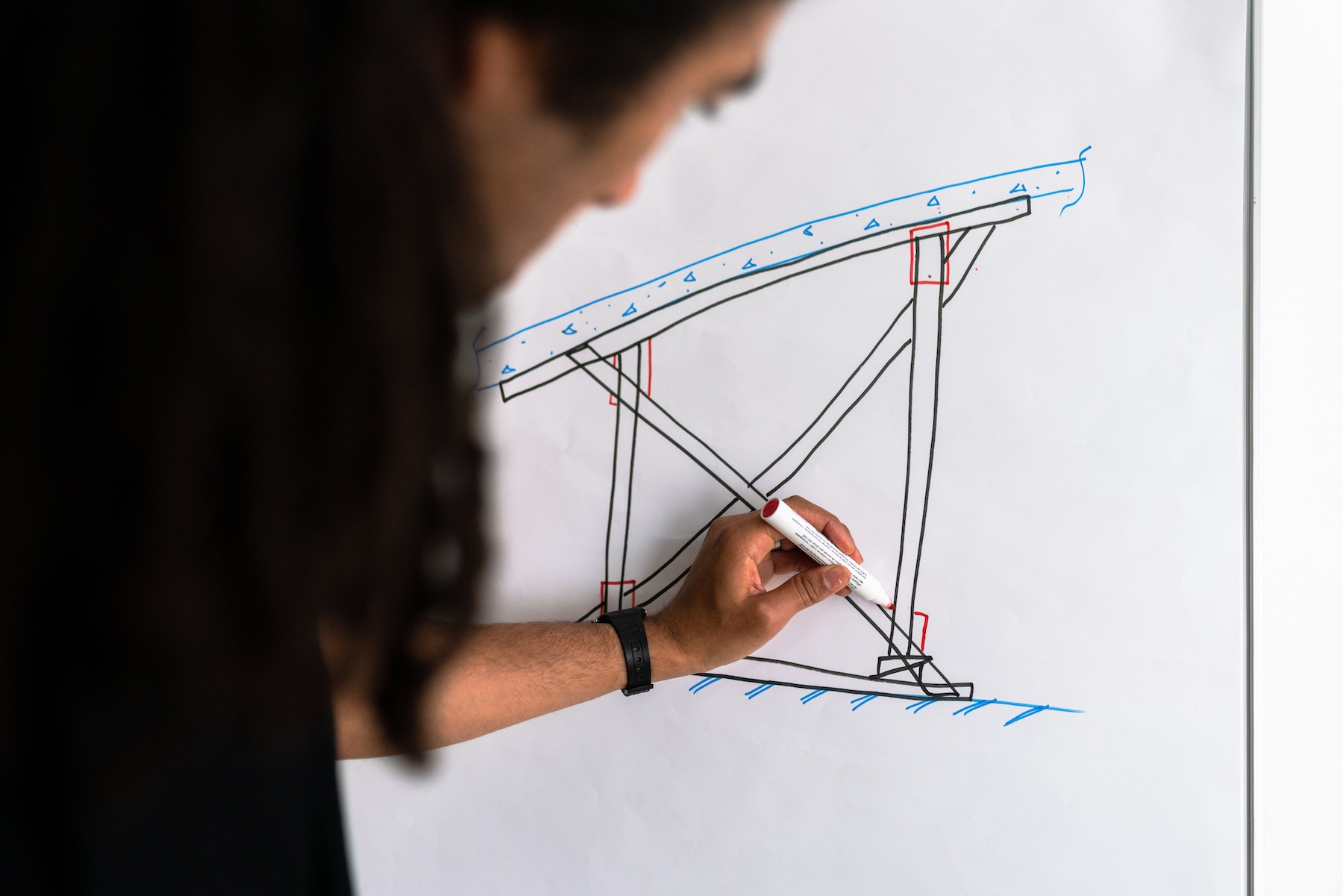 The collapse of the Champlain Towers South condo in Surfside, FL has left us with a number of questions. Most importantly, what caused this 12-story concrete structure to suddenly and horrifically collapse?

A structural assessment report from 2018 has made it clear that waterproofing and structural damage in need of repair was evident at least three years ago. The most significant damage noted in the report included failed waterproofing at the pool deck and entrance drive, and concrete deterioration in the parking deck below.

Failed waterproofing and likely consequences are noted on page 7 of the report:

At this point, it’s unknown how much this damage may have contributed to the collapse, if at all - the final causes won't be determined for months.

But how can failed waterproofing contribute to structural damage? And what exactly is “spalling?”

I’ve read several news articles that attempt to clarify the spalling noted in the report as “crumbling concrete” or simply “deterioration.” Well...it’s a little more complicated than that. Read on to find out exactly what “spalling” is and how water - especially salt water - can damage structural concrete.

In structural engineering, “spalling” refers to pieces of concrete that become loose and separate from a concrete member (slab, beam, column, etc.), usually due to expansion of corroding reinforcement. Spalling starts as “delamination,” which is when concrete becomes unbonded and unsound but has not yet spalled off.

How is spalling identified?

Spalling is identified by divots, ranging from less than an inch to several inches deep. Spalls can be as small as a quarter to several square feet in area. Corroded (rusted) reinforcement may be observed.

Prior to spalling, delaminations can be identified by acoustic sounding. Dragging a heavy object, such as a hammer or chains, over the concrete or striking it can alert the inspector to areas that will become spalled. Dull or hollow sounds indicate delaminated areas. Fun fact: the structural assessment report notes the inspector used a golf club to check for delaminations on the underside of the Champlain Tower balconies.

How does spalling occur?

Delamination and spalling is typically indicative of corroded reinforcement within. The basic spalling process typically progresses as follows:

Protecting concrete reinforcement from moisture is key. Conventional concrete is porous and prone to cracking. Therefore, if an issue such as failed waterproofing at a pool deck is allowing moisture to constantly seep into structural concrete, corroded reinforcement - and consequently, spalling - could become a concern.

While moisture is essentially the root cause, a few other factors can increase the risk or rate of corrosion:

Does spalling mean a concrete member is unsafe?

That’s a loaded question a lot of people seem to be asking right now. Was the spalling and cracking noted in the report severe enough that it should have raised more alarm? Should this building have been condemned or evacuated based on the report?

While spalling does indicate the concrete likely has cracks that are allowing moisture intrusion and that the reinforcement is corroded to some extent, spalling itself is not necessarily condemning. Structural integrity of spalled or cracked concrete depends on a lot of factors:

At the end of the day, structural engineers don’t have crystal balls that can predict exactly when something will fail. Our recommendations are based on observed visual damage, limited destructive or nondestructive testing, calculations comparing original and current conditions, and engineering reason and judgement.

One thing we can say for certain is that the sooner deficiencies are identified and repaired, the better. Corrosion of reinforcement takes time to develop, but deterioration and associated repair costs increase exponentially over time. Performing maintenance repairs early on can extend the life of a concrete structure by keeping repairs from becoming unmanageable or prohibitively expensive down the road.

Did you find this post interesting? Check out other posts to learn more about Forensic Structural Engineering and top structural issues that concern building owners. 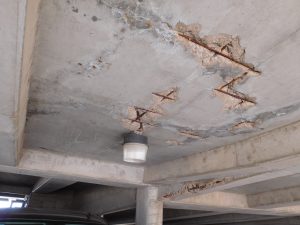 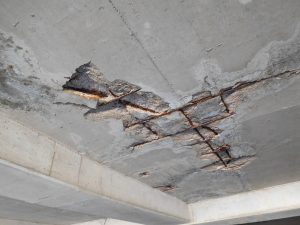 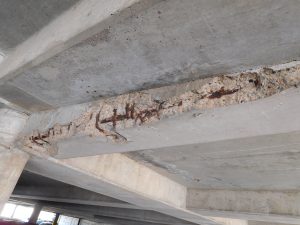 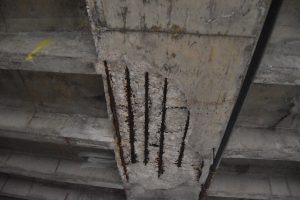 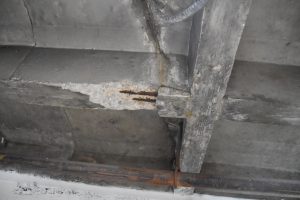