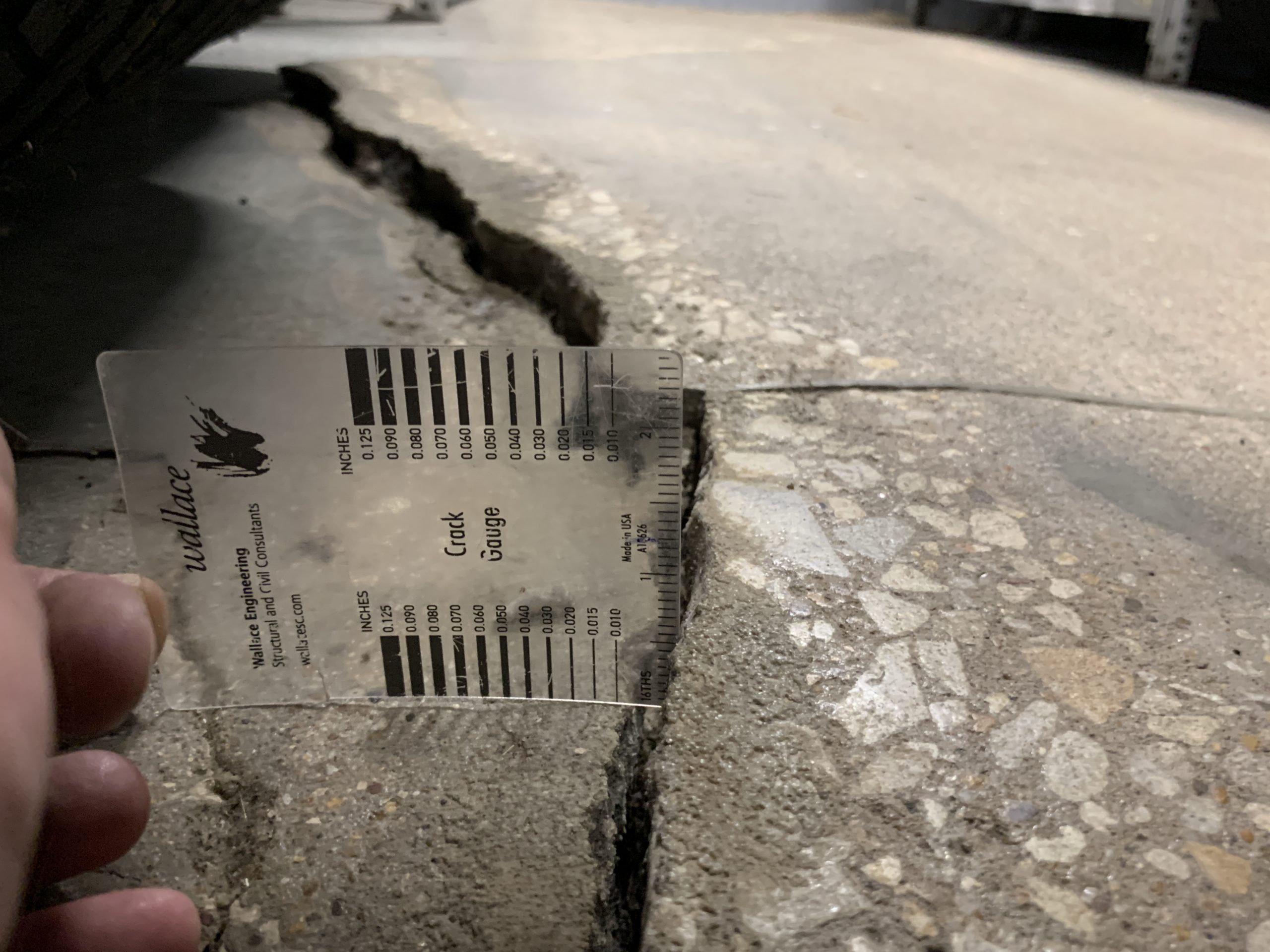 Heave or Settlement? Digging into the Cause of Slab on Grade Damage

Slab Investigations
As a structural engineer, I get called to investigate all kinds of damage, and I’ve especially seen my fair share of slabs on grade damaged by heaving or settling soils. The craziest damage I’ve ever witnessed is when a slab heaved 4 inches and failed the roof structure. The subgrade below a slab-supported walk-in cooler swelled up, causing a short demising wall on top of the cooler to compress between the box and roof structure. The force of the short stud wall pushing up on the structure actually broke the welds at the joist-to-joist girder connection.

Although this was a pretty obvious case of severe slab heave, definitive determination of heave vs. settlement in slabs on grade is not always so straightforward. Damage can look similar and signals can be mixed to the point where it’s incredibly difficult to discern whether the true underlying cause is actually heave or settlement. However, determining the correct root cause is important, since final repairs and future damage mitigation techniques depend on an accurate diagnosis.

These types of projects can take some major investigative work. Here’s the approach I use to tackle projects where subgrade movement is causing visible damage to slabs on grade and slab-supported components.

Drawing investigation
Step one after getting the call from a client for potential vertical slab movement is to gather up as much information as possible. This usually includes checking our records for previous investigation or repair documents, original construction documents, original civil plans, or geotechnical reports. Occasionally, the client will have a few of the documents on hand, but in my experience, these documents take some effort to track down.

Tracking down drawings and reports feels a little more like detective work to me than anything else, which can be a great change-up to the daily routine. Usually, I start out with whatever drawings we get from the client. From there, I contact the architectural and structural firms associated with the project. Many times, the companies no longer exist, but sometimes the files will still exist with the merged or current company. I typically end up googling the original company name and start calling the companies that pop up.

If reaching out to the company ends up being a dead end, my next step is to try the authority having jurisdiction (AHJ). Occasionally, I will get lucky and the city or county will have the permit drawings that were submitted for approval.

Patience and determination are the key to locating these documents, and still, I am about 50/50 on finding the drawings and reports. Every time I try to track down these documents, I think of the TV shows where the good guys instantly pull up the blueprints for a building built in the early 1900’s and wish it was that easy.

When I know there is suspected vertical slab movement, the most helpful documents are the civil plans and geotechnical reports. For example, if I see on the civil grading plan that this building was fully or partially built on 15 feet of fill, there is a good chance the subgrade under the slab may be experiencing settlement. Generally, the fill is placed and compacted at the time of construction, but with large amounts of fill, post-construction consolidation is a possibility.

On the other hand, I can rarely rule out heaving. Many of my projects are in Oklahoma and Texas, which are known for their expansive soils. Expansive soils can heave up due to any source of excess moisture, such as high water tables, failed pavement sealants allowing moisture into the subgrade, or even small leaks in underground plumbing lines.

However, to make things even more confusing, expansive soils don’t always mean heave. Expansive soils are more generally known as high volume change soils. As these soils take on moisture, they swell, but as the moisture dries out, the soils shrink, resulting in settlement.

If drawings indicate the damage is near a water or plumbing line, it’s a good time to review the geotechnical report. If the report identifies expansive clays, heaving is more likely. If the report identifies sandy soils, settlement is more likely from the soils being washed away. If the soils are expansive, geotechnical reports can also list expected amounts of vertical movements, which can help determine if the soils have finished their expected movement.

If I am unable to locate existing documents for the site, I have to rely on the site investigation that we perform.

My first step is to walk around the building and determine if there is an area of the slab that looks as though no vertical movement has occurred. If you can identify an area that has not moved, a laser level survey can determine if the surrounding slab has risen or fallen from its original level.

If the suspected slab movement is close to a wall that does not have damage, you can follow the slab along the wall to determine the direction of the vertical movement. It can also be helpful to determine the slope of the slab movement by looking for peaks or valleys with a level. A spare ball (golf ball, in my case) comes in handy for a quick slab slope peak/valley investigation.

Next, I look at wall finish material for evidence of damage from vertical movement. A great place to start is where you have wall studs that transition from slab support to roof support, such as at the interface of a jamb and header at the upper corner of a large interior wall opening. If the finish material at the roof-supported soffit is moving up relative to the slab-supported wall, settlement is more likely. If the finish material supported by the roof is moving down relative to the slab-supported material, heaving is more likely. The same applies to drop in ceilings, as the edges are supported by walls on slab versus the middle being supported by the roof structure.

Structural damage expected
When investigating heaving or settling subgrade on slabs, I typically expect to find the following damage: 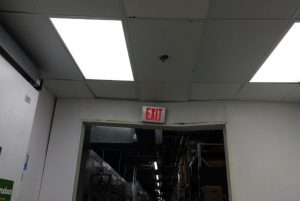 Deflection of soffit and drop ceiling 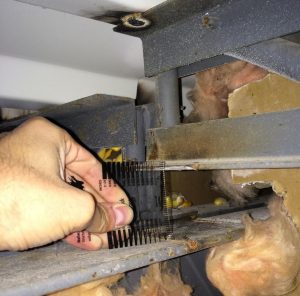 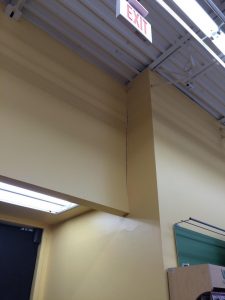 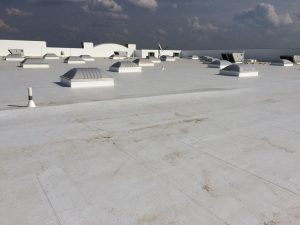 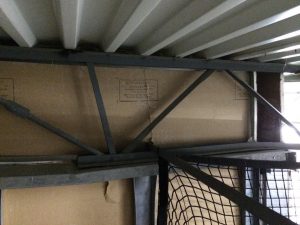 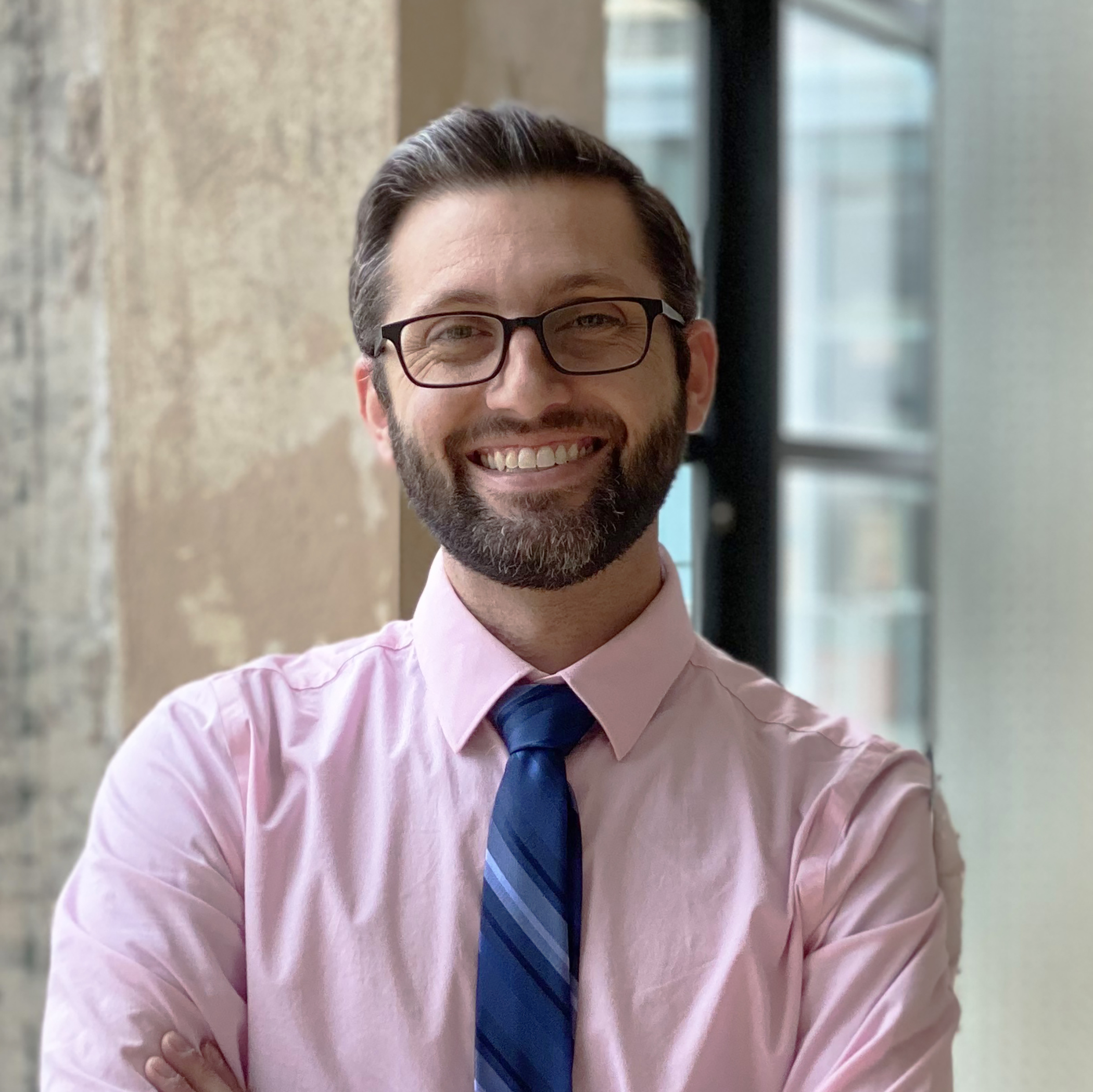 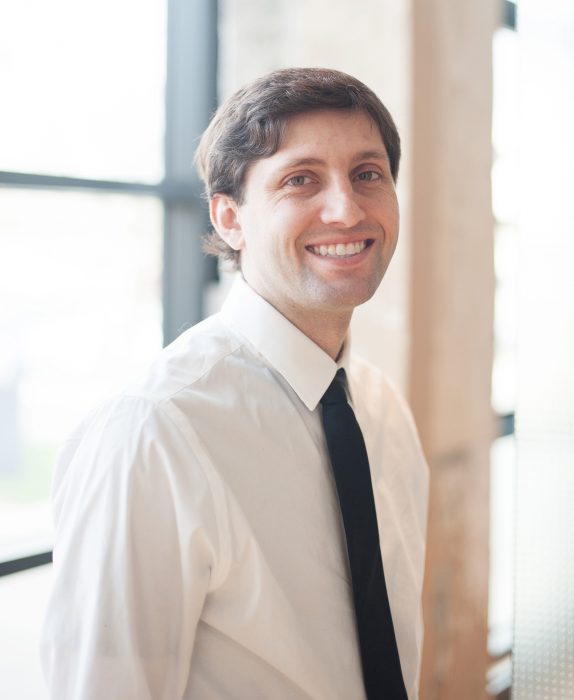 Mr. Haskett has over 11 years of experience in the field of structural engineering. Kyle’s project experience includes retail expansion, reuse, and remodels. His special skills include new construction, expansion of existing structures, seismic design and retrofit, and design of large and small retail structures.