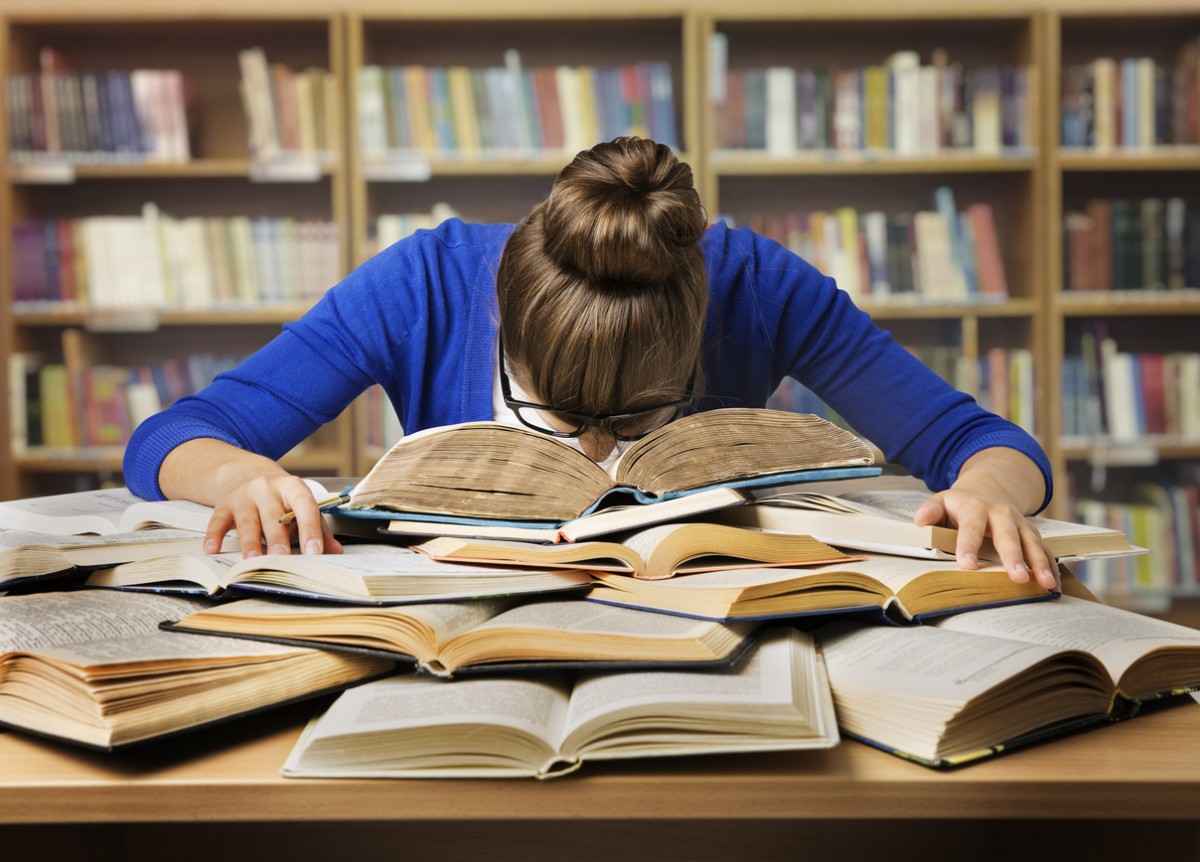 How to Prep for the 16-hour Structural Engineering Exam: Tips and Advice from Licensed SEs

If you’ve looked into taking the NCEES PE 16-hour Structural exam (usually referred to as the “SE exam” in structural engineering circles), you have probably heard rumors about what you’re getting into.

Every April and October, you hear stories of innocent, starry-eyed structural design professionals who flock to their designated testing centers with wagons and suitcases full of books and hopes and dreams of becoming licensed structural engineers. Two days later, they emerge with battered egos and jello for brains after 16 hours of intense structural design and analysis, including an 8-hour Vertical Forces exam and an 8-hour Lateral Forces exam, each with 40 multiple choice questions (breadth portion) and 4 pencil and paper problems (depth portion).1

But seriously, it can’t be that bad, right?

According to the NCEES Website, the most recent overall average pass rates for the SE Buildings Exams were 41% for Vertical and 31% for Lateral. Yikes.

This exam is no cake walk, but don’t give up hope! It might take some serious dedication and a few attempts, but if you believe you’re in the right field, believe that you can pass it.

Wallace Engineering has always highly valued professional licensing and has 86 licensed engineers, including a number of licensed Structural Engineers (SE’s). To help future SE’s, we surveyed nine Wallace structural engineers who have conquered the SE exam within the last several years and compiled their tips and insights on the best ways to prepare for this career-defining exam.1

Here’s what our respondents had to say about some commonly asked questions from potential SE examinees:

How many hours should I study for the SE exam?
By the time you take the SE exam, you’ll have taken enough tests in your life to generally know how much you need to study and what habits work best for you. But if you’re a procrastinator or a crammer, you may want to rethink your approach on this one.

There’s no magic number of hours, but in light of the low pass rates and the volume of in-depth material that’s covered, you’re probably going to want to plan out your studying. Read on for some general study tips from our survey respondents and hear what worked for them:

“I basically treated it like a second job. ‘I am going to sit here and study for “this” amount of time on “these” days until it becomes a habit.’ I was doing a couple hours a night after work on weekdays with 1 or 2 nights off. Then 4 to 8 hours on Saturday and Sunday.” – Alex Morrison, SE

“Ultimately, you need to prepare, and I did that by making a goal of studying approximately 400 hours.” – Evan Myers, SE

“I set up my first practice exam to happen half-way in and modified my schedule depending on my weaknesses for the rest of my study time (6 month schedule).” – Brittany Johnson, SE

“Be sure to give yourself enough time to study, 0-3 months is probably not enough time to pass the entire exam on one attempt. If running out of time try to focus on either the gravity or lateral part of the exam to make the amount of material more manageable.” – Walker Olson, SE

“There is no substitution for quality study time. A little bit of devoted time on a consistent basis is better than a lot of time given sporadically!“ – Jordan Gibbs, SE

How should I study or prepare for the SE Exam?
This is no broad, scratch-the-surface, big picture exam. You are expected to head into this knowing the ins and outs of all things structural: design and analysis of concrete, steel, wood, and masonry structures, load generation and application, and code provisions you may have never had to use before – especially related to high wind and seismic and even some AASHTO bridge provisions. That’s a lot of topics.

Any studying is better than none, but what are the most effective ways to study?

Survey results presented below indicate the most popular forms of studying among our respondents and which types of studying they felt were most and least effective. 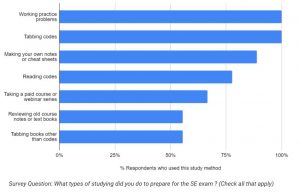 Focus on working as many practice problems as you can get your hands on! Additionally, adding personal touches to your study materials, like tabbing and marking your codes and making your own cheat sheets for topics will be beneficial not only for exam day, but your everyday design work as well.

Since the exam is open book, you might be tempted to dust off as many old textbooks and course notes as you can. However, since college was likely a few years ago, survey responses indicate time will likely be better spent studying the current codes and references recommended by NCEES and making your own new notes based on knowledge gained from real world applications in your job.

While some people found straight-up reading codes helpful when it came to tabbing and discovering provisions, others found it only necessary to know the layout of codes and read code sections as they were brought up in review problems. Additionally, an SE exam prep course may not be for everyone, but if you’re the type who likes structured learning (no pun intended), it may be your most valuable study tool.

“Working example problems is far and away the best study tool. Also work them like you are taking the exam; set a time limit, move on from problems you don’t know, make educated guesses. Then when you review your work, really dig into what you missed and why.” – Alex Morrison, SE

“I did a lot of hand calculations for work projects in lieu of using software.” – llias Gibigaye, SE

“Make your own quick reference guides and use them on practice exams. This will help save valuable time on exam day!” – Jordan Gibbs, SE

“The codes books I took into the exam were filled with my personal notes such as reminders of stuff I missed working example problems or directions to other parts of the code that are related. I also drew helpful diagrams in parts of my ACI.” – Alex Morrison, SE

Bottom line is if you are on the fence but able to afford it and willing to put in the time to watch the lectures, you will most likely find an SE exam prep course helpful.

Should I take both days of the SE exam back to back, or split it up?
The SE exam is a 2 day test and you must pass both days, but each day is treated as a separate test. For instance, you can choose to only take Vertical in one cycle and then only Lateral the next. Or, if you take both days consecutively and pass Vertical but fail Lateral, you only have to retest for Lateral in a later cycle.

So the question is: is it better to take the two days consecutively, or take Vertical first and Lateral later?

89% of our respondents recommend taking Vertical and Lateral back to back on your first attempt. Some people may find it less stressful to study for one exam at a time, but the majority opinion from this survey is that if you’re going to put in the effort to study, you might as well go big – with the knowledge that you can always retest in the future.

When can I take the SE Exam?
Requirements will vary by state, and when you can take the exam may or may not correlate to when you can actually become licensed. In most states, you need four years of experience before you can apply to become a licensed engineer. In certain states, including Oklahoma, the experience requirement for licensing has been “decoupled” from the exam, meaning you can take the exam prior to having the years of experience required to become licensed (but you still won’t be able to apply for licensure until you have accrued the specified experience).

So, is there any advantage to taking the SE exam prior to obtaining the years of experience required for licensure?

100% of our respondents said work experience played a somewhat to very significant role in helping them pass the exam.

Not to say you can’t pass it based on book smarts alone, but the more work experience you have, the more concepts you’ll have encountered and the better you’ll likely fare on this beast of an exam.

Why should I take the SE exam?
This is a great question! While this post is geared to those who are already committed and ready to dive in, this is clearly not something to be entered into lightly. In a later post, we’ll discuss what motivated these SE’s to take this exam and what structural engineers can gain by passing – or even just studying for – this exam.

1 The SE exam has separate depth portions for Buildings and Bridges, depending on which structure type the engineer wishes to specialize in. The information and survey responses presented in this post focus on the SE exam for Buildings.